This is a post to detail smaller processes and projects that happened this year.

It was the second and perhaps final year of a productive reading group on tracking and particle filters, a topic in which I had long had interest. Along with a former colleague and two grad students, we prepared presentations on various algorithms, and discussed the finer points of the theory and implementation. My presentations covered a) the SMC-PHD filter and b) applying sampling to concatenative synthesis. This led to some numpy implementations and a proof-of-concept synthesis application, work that I hope to continue.

In understanding the basic methods, the book Bayesian Filtering and Smoothing from Simo Särkkä was particularly helpful (available both as a free pdf and an affordable paperback).

Above, a thousand futures collapse into scarce unique pasts. Particle filtering and smoothing are simulation-based approaches to state inference– guessing the state of an evolving system based on observations. Filtering–integrating past knowledge into a guess at the current or future state– is straightforward enough. Smoothing–guessing plausible sequences (useful for synthesis)– is a rarer task. There are efficient methods that aim at generating bunches of sequences, but as with C-beams glittering at the Tannhäuser gate, they get all tangled up with each other. One can repeat the process, I suppose.

Early in my computing career, we learned perhaps the simplest way to do this: with discrete or discretized state sets. That method has some brilliant and dumb magic to it; it winnows through exponential sequences in polynomial time, which is still quite a lot if you’ve got a lot of states.

When exactness is called for in the individual states (in audio synthesis), it pays to have non-discrete states. It also might help to compute solutions on a budget, that is, not exhaustive as in the discretized method.

In the course of work, I also had the chance to deepen my understanding of, and implement, multi-object tracking systems.

This year saw continued maintainence of Mused, a program that I made a long time ago for segmenting, selecting, and sampling bite size chunks of songs. From there I started exploring a bit of sampling practice, using the shortcircuit2 and TX16Wx software samplers, and trying to write a few songs out of them.

Along with the open sourcing of the Master Hearing Aid (a software for simulating hearing aid configuations), a number of the plugins that I developed for my previous company have been released as well: noisePowProposedScale and timoSmooth; steerbf and lpc.

This summer, we took a trip to Mozambique and I wrote a bit about that here: moz_2018. We were also lucky to go to Florida to see my brother’s wedding, there are a few photos of that trip here.

And of course, during the summer we travelled often (for concerts and a boxing match) to a now nonexistent place, the Theaterhaven (Theater Harbor) Oldenburg, a temporary installation that was setup by the river, under the Big Top. something written about it

Also, in the name of art and historical memory, we (some of us) swam in Oldenburg’s greasiest pond.

There was also a good bit of work travel. Besides several work sites in Germany at fairly out of the way places, we also did recordings in southern Spain, in the province of Jaén. A slow and fascinating place, though I don’t have pictures at the moment, imagine the following: red plains laid out full of olive trees in every concievable corner, tractors driving through the historical town center, and programmer geeks dubiously decked in straw farmer hats to protect from the punishing sun.

There seem to have been two completed songs this year: 1991 song and goulash night. Besides those there is one unfinished song that debuted at this year’s talent show (more on that below), and some unfinished songs for the next project.

For the talent show, I also adapted a cosmic cover, a bit of a Space Oddity from the Russian: green living grass.

Late 2017, we formed a plucky band to cover a few Xmas songs. In the following titular year, we prepared a number of covers from 1991: from Chris Isaak, Paula Abdul, Vic Chesnutt, Matthew Sweet, Prince, Lenny Kravitz, various artists, and a new bespoke song about that year. 1991 concert on soundcloud

As with prior years, sang in the biannual Taize service at the Peterskirche, and learned the wonderful Also Hat Gott from the evocative Heinrich Schütz: youtube link, not us.

Unrecorded covers on cavaquinho include Adron’s Sun Behind the Sun: youtube live, the Magnetic Fields' Born on a Train, songs from The Muppet Movie, Mr. Tambourine Man, and random southern Gospel songs.

In livecoding, I gave four half-hour lecture/concert/presentations this year at klangpol’s Long Night of Music. For the last performance, Xana joined as a vocal improviser.

Finally, managed to have another birthday talent show. Haven’t processed the video yet, but watch this space.

Kept playing Go. Played in just two tournaments (Göttingen, slept on the floor of the same Nachhilfeschule; and Bremen, where we saw games of the German championship) and continue to play in the second team of Bremen in the German league.

Video games included Anchorhead, Cultist Simulator, and Into the Breach.

Books included Pilsch’s book on Transhumanism, Bakewell’s portrait of Michel de Montaigne, and the first book of In Search of Lost Time. 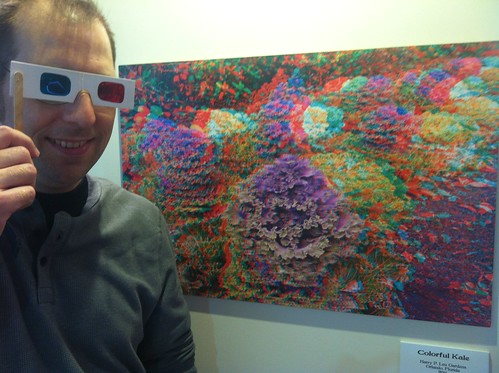